The hustle and bustle of the holiday season is upon us and one of my favourite things to do during this time, is to sit in front of my tree, candles burning and my favourite holiday jams  playing softly in the background.

Here are the five albums I have been listening to this year on repeat:

Fantasia- Christmas After Midnight
Favourite Track: In The Wee Small Hours of the Midnight
I love all things Fantasia Barrino. Her voice can do no wrong for me! 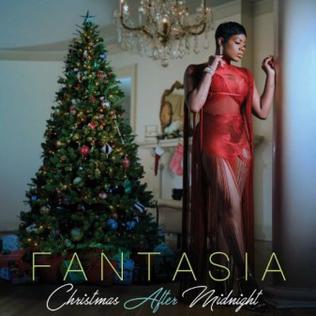 John Legend- A Legendary Christmas
Favourite Track: Wrap Me Up In Your Love and No Place Like Home
Another smooth crooner whose voice can do no wrong in my book! A great modern day Christmas collection of songs of yesterday and some surefire hits to warm your hearts for years to come. 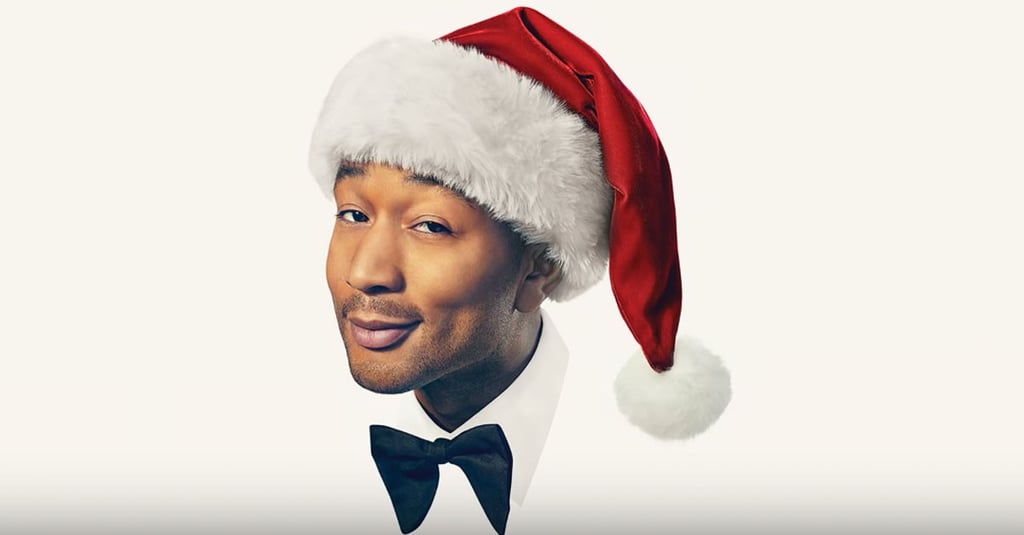 Hillsong Worship- Christmas: The Peace Project
Favourite Track: Seasons
What I love about this album is that the song that I love the most transcends seasons (lol) 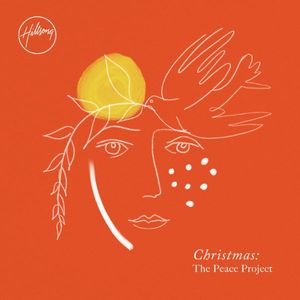 Jackson 5- Christmas Album
Favourite Track: Someday at Christmas
This is a classic album! Little Michael Jackson at his finest! 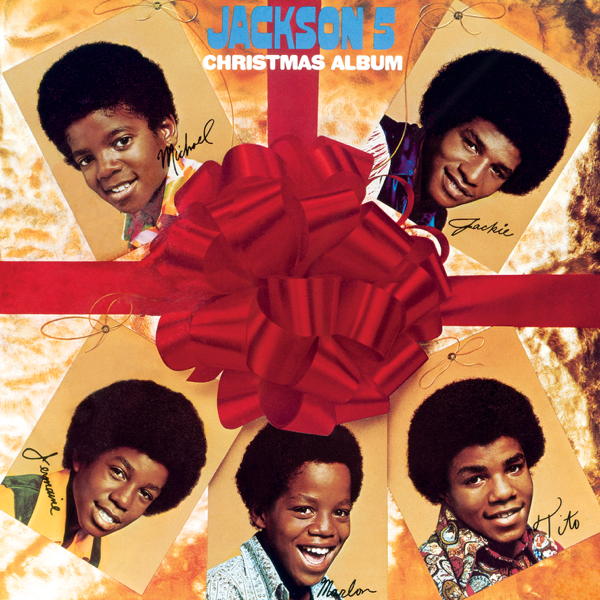 Kirk Franklin and The Family- Christmas
Favourite Track: I can’t choose only one! I love them all but The Night that Christ Was Born and Love Song  are two that are usually on repeat.
My all time favourite  Christmas album. It’s not Christmas until this album is back in my daily rotation 🙂 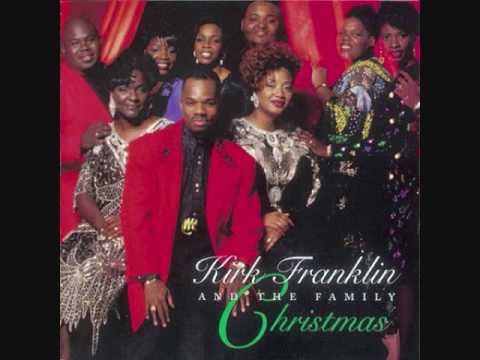 I just wanted to share with you some of my favourite worship songs this season.( and a few golden oldies that never seem to leave my rotation 🙂 Hope you find new favourites to add to your playlists! Enjoy!

It seems I have a strong affinity for Hillsong, Jonathan McReynolds and Travis Greene… LOL! Oh well I like what I like:)

What are you guys listening to? I’m always. looking for new music to add to my collection!

I wanted to share with you some of my favourite worship songs I have had in rotation as of late! Hopefully you will discover some new faves to add to your current rotation! Have a blessed Monday! Back to regularly scheduled posts next Monday! Forgive me! Trying to wrap my head around my new schedule which includes working full time, school part time, ministry all the time 🙂 #adulting 🙂

…and last but not least and oldie but a goodie that has been on repeat the past few weeks: You are the Living Word- Fred Hammond

(All these lovely songs can be found on Apple Music, Youtube etc… I am in no way affiliated with these services. )

Sorry that there was  no Style Sunday post yesterday. My entire household is battling the flu and low and behold it got me! So needless to say, my Sunday outfit consisted of black and red checkered pyjamas! Sexy! 😛

The flu is still lingering and that  just has me feeling blah! What puts me in a good mood? Music! I thought I’d put together a quick playlist of some of the songs that always manage to put a smile on my face. In particular order…

And my all time favourite pick me up ( and karaoke song) is….. I Wanna Dance with Somebody – Whitney Houston.  How can you possibly stay blue when this song comes on?? Whatever’s getting you down today, throw on one of these jams and dance it off!

Have and amazing Monday and fantastic blues free week!

After a beautiful long weekend ( its Victoria Day here in Ontario,Canada) I sat here at my computer trying to figure out what I wanted to write about today. I had some ideas but, honestly I just couldn’t make a connection to any of those topics today. I had set my mind on not posting anything at all today.

So. I just began browsing through my old blog posts and I came across one I wrote almost a year ago called “Black Brother”( check it out here) and I got to thinking about something I witnessed this weekend. I have a little brother named Philip Robinson ( remember this name y’all!) who is a young man who is evolving into one of the greatest drummers of his generation.  Watching him play this weekend reminded me of how far he is coming from. As a little boy, I used to give him money after he played at Sunday service because he honestly truly blessed me! I was actually doing it because I wanted him to know that he was appreciated and I was proud of him! Still am!

So often our opinions of black men are marred by what society shows us. Gang bangers, drug dealers, deadbeat fathers, stupid , uneducated and of no value to society.  But why do you think sometimes the young men that fall into this category, find themselves there?  Maybe, they didn’t have anybody to encourage them to do better. Maybe, the environment ( including the people they surround themselves with) they live in doesn’t provide positive role models .Maybe they have never been made to feel like they are worthy enough to make a valuable contribution to society… So how to we combat this epidemic of young men making bad decisions? The answer is simple: Love them! Show them that you care! Let them know that they matter!!

I am blessed to have a group of “brother friends” who are truly helping to raise the standards of young black men! These guys are husbands ( and husbands to be) men of faith, entrepreneurs, coaches, talented artists and musicians, fathers and the list goes on! Great role models for young men to look up to and learn from!

Have a blessed week!
xoxo

I’m pretty eclectic in my music choices. I like pretty much much everything from Aerosmith to Zhane…. but one genre I could never really delve into was country ( well that and “screamo”) But, I recently began watching a show on Netflix on a whim called “Nashville” and  3 full seasons later I am hooked ( and am currently in the middle of the 4th season.. lol Netflix binge watching at its finest!)  Nashville is fictional  a showed based around the lives of country music stars! Alongside the great plot lines, there is some really great country music used  as the soundtrack!

I decided to look through my Itunes library and I realized I actually have quite a large collection of country music on my Ipod ( lol) who knew??!

So I decided to share my  favorite  country songs! ( in no particular order)

2. Landslide- Stevie Nicks: I also really enjoy the Dixie Chicks version! Sigh… who am I??

3. Leann Rimes: How do Live: I remember having this on a cd I used for the little guys in my preschool classroom to go to sleep to. It’s also a karaoke favorite now too! ( lol)

4. Rascal Flats- Bless the Broken Road: Another hit on the preschool playlist! My kids last year actually by the end of the year knew this song word for word! I blame my teaching partner,( shout out to you Jess lol) she had a mild obsession with this song and would play it on repeat! I think we may have slightly brainwashed the kids with Rascal Flatts! Ooops!
🙂

5. Foolish Games-Jewel: Is Jewel technically considered country? Well if she is, I like one song by her! ( lol)

6. From This Moment- Shania Twain: Simply because it’s a beautiful song, and she’s Canadian!!!  I have to give an honorable mention to “You’re Still The One” ( another great song)

7. Crazy – Patsy Cline:  Truly a country great! She’s been covered by just about everyone! I also really enjoy ” I Fall To Pieces”.

Last but certainly not least , what I consider to be my favorite country song of all time is  sung by none other that the legend that was Elvis Presley. Now as a black woman, I have taken a lot of flack for liking Elvis because of his “alleged” racist remarks about black people. However, there are so many different opinions out there and to me whether or not those remarks are true, I still really enjoy the song! ( sorry not sorry)  “Can’t Help Falling In Love With You” is my favorite country song! I can listen to this song over and over! Also, because I’m Jamaican,I can’t help but really love the UB40 version!! ( I’ll put both down below)

So that is it guys!  Do you guys like country music? If so, What are some artists I should check out? Old and new! I tell you, Nashville really opened my eyes to some great music!

Super quick blog post today! I just wanted to share a song I have been jamming on for a few weeks and had on repeat today! The song is “It is So ” by William Mcdowell featuring Travis Greene. The lyrics in full are right here, but I just wanted to touch on one part of the song that really stood out to me:

Well, He is Alpha – AMEN!
And Omega – AMEN!
He’s the beginning – AMEN!
And the end – AMEN!
Through every trial – AMEN!
Tribulation – AMEN
He always causes His people to win

What a comforting feeling to know that no matter what I’m going through, there is a God on the battlefield fighting for me and with him on my side I will be a winner EVERY TIME! Amen!! ❤

Take a listen to this song and be blessed!
xoxo

...Out here shining like Rudolph..🤣 #jesusbeamattifyingpowder #oilyskinproblems 🤷🏾‍♀️💃🏾
Leg day been working...😂😊#christmassunday
Tis the season...🎄🎄#merrychristmas #sundayvibes #sundays #christmas
#sundaze 🌞⭐️
“... the best type of friend you can have is one who matches your sparkle...” #bestfriends #bestfriendgoals #bestie #weddingseason - - - - - - #fashionnova #fashionblogger #fashion #style #styleblogger @shu111315 📸 @__jshannm
November 1st is officially the start of Christmas for me 🎄🎄🎄#Christmas #weddingseason #fallwedding #fashionnova

...Out here shining like Rudolph..🤣 #jesusbeamattifyingpowder #oilyskinproblems 🤷🏾‍♀️💃🏾
Leg day been working...😂😊#christmassunday
Tis the season...🎄🎄#merrychristmas #sundayvibes #sundays #christmas
#sundaze 🌞⭐️
“... the best type of friend you can have is one who matches your sparkle...” #bestfriends #bestfriendgoals #bestie #weddingseason - - - - - - #fashionnova #fashionblogger #fashion #style #styleblogger @shu111315 📸 @__jshannm
November 1st is officially the start of Christmas for me 🎄🎄🎄#Christmas #weddingseason #fallwedding #fashionnova
Just Love Them Anyway
WordPress.com.
%d bloggers like this: