I’ve had a bit of writers block the past few months. I just haven’t been able to get the thoughts in my head to materialize into  content. Perhaps I was in a season where I needed to be still and allow the thoughts to manifest in the correct time.

That word “season” seems to be following me everywhere this year and I hate it. I find it so cliche when people say” This is your season” yet this year I found myself uttering that very same sentiment.  Y’all let me tell you… God has been taking me on a crazy journey this year and has really been forcing me to trust Him with some CRAZY FAITH.

So yesterday, I did, and I don’t really want to get into the situation as it’s a pretty sensitive one. But, just know I had a conversation with someone that I NEVER thought I would be able to. And because I stepped out on faith, I in myself felt God begin to move. Now, that doesn’t necessarily mean that the outcome is going to fall in line with my idea of how things should be, but it brought me to a place of peace where I can truthfully be at rest knowing that no matter what happens my latter will be greater!

Anybody who knows me, knows that I’ve never been a huge fan of flowers. Lately however, I have really been really intrigued by flowers and plants and the beautiful process that brings a tiny seed into fruition.  The phrase that God has been ever so gently saying to me in my quiet moments ( or when my mind starts to overthink things) is that “Nothing blooms before its time”.  We oftentimes think that we should be farther ahead in life than you are or that you should have obtained things by certain age, but nothing blooms before its time…. before its season!

Just like a seed, we need time to grow. After a seed is planted it needs to be nurtured and taken care of.  That little seed that was planted must survive the winter. If your season of winter is anything like a Canadian winter, its long and harsh and sometimes seems unbearable. But after that seed survives the winter and we enter a new season, it is then that that seed begins to bloom.

Hillsong Worship has a new record out called “There is More” and on that album there is a track called “Seasons”. This song first appeared on their Christmas album and fell in love and felt so connected to the track. This week especially, I have been really listening to this quite a bit because one the lyrics spoke so deeply to me. The lyrics said,

I can see the promise
I can see the future
You’re the God of seasons
I’m just in the winter
If all I know of harvest
Is that it’s worth my patience
Then if You’re not done working
God I’m not done waiting….

I may be in the winter of my life right now but I can feel my seed on the brink of its bloom.  During this winter season, God has been really stretching me and strongly encouraging me to trust Him. He’s also been having me work on my patience  which is the hardest thing ever for me. But im doing it and you can too!

Its always important to remember that seeds don’t always bloom at the same time. Two seeds can be planted at the same time, nurtured the same way, but no seed will bloom before its time! Don’t get wrapped up in the fact that your seed didn’t bloom in this season, because after that season comes another! Eventually your season will come!

And when you finally see what your seed has bloomed into, you’ll be able to see why God had you wait through so many seasons for your final reveal!

God has not forgotten you and what is for you will always be. So don’t stress the seasons! Enjoy them and take care of your seeds till then!

It’s time for my harvest… whatever that entails.

I love you all! Thanks for sticking with me during my sporadic absences! I’m back now!
Let me leave you with one more lyric from the song… 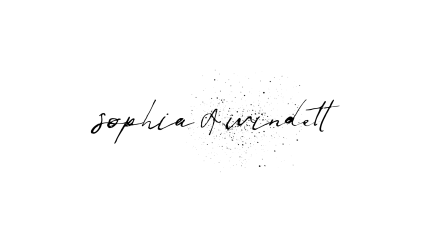