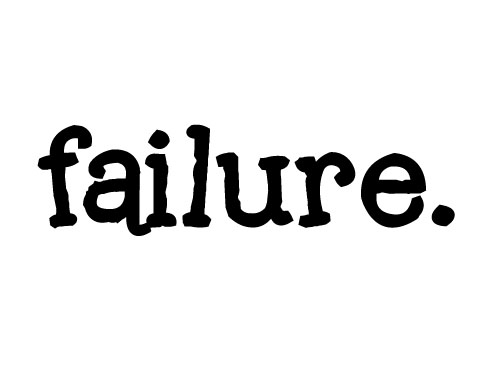 Yup…. Once again I barely read  anything this week, but you know what… I’m totally okay with that! My teaching partner was away this past week, so that left all of the teaching responsibilities on me which left very little time ( or energy) for leisure reading. Plus, my most recent reading choices aren’t really sparking my interest right now. Those books I think are going to have to take a back seat and be picked up at a later date.

This week I picked up and started a very ambitious read. This is a book that I read as a young teenager but never really took the time to read it in-depth and take in the deep message that it carries. That book is “Roots” by Alex Haley.  Here is a brief synopsis: ( as described on enotes.com ( **spoiler alert**)

In the spring of 1750 in Juffure, The Gambia, a son is born to Omoro Kinte and his second wife, Binta. The child is named Kunta. As a member of the old and highly esteemed Kinte family, Kunta is schooled in the customs and traditions befitting a future Mandinka warrior. Throughout his childhood, Kunta is taught to avoid and fear the “toubob,” white men who capture African people for evil purposes.

Despite these tribal caveats, Kunta is captured by white slave traders in 1767 while searching for a tree section to make a drum. Along with 140 Africans of various tribes, Kunta is shipped as cargo on the Lord Ligonier. Pestilence, filth, depravity, and cruelty fill this episode, serving as a controlling metaphor for the inhumanity of the institution of slavery. The captives unsuccessfully stage a revolt, resulting in the deaths of many. Kunta admires the courage of these dead, for they died as warriors. He, as a survivor, dreads what is to come, for he instinctively knows that his eventual fate will be worse than the ocean voyage.

In Annapolis, Maryland, Kunta is sold to John Waller and given the name “Toby.” Appalled by the toubob and their pagan ways, Kunta attempts to escape four times. After his last attempt, he is apprehended by two slave catchers. Given the choice of castration or foot amputation, Kunta chooses the latter. John Waller’s brother William, a physician, is outraged at the mutilation and buys Kunta.

Kunta, through the ministrations of William Waller’s cook, Bell, recovers from this last ordeal. After a lengthy courtship, he “jumps de broom” (the slave equivalent of the marriage ceremony) with Bell. A daughter is born to the couple. Kunta gives her the Mandinka name of “Kizzy,” meaning “you stay put.” Now crippled and unable to run away, Kunta is entrusted with driving Dr. Waller on his calls, which enables him to hear news of the outside world. Of particular interest to Kunta are the accounts of Toussaint Louverture’s revolt in Haiti, which he sees as paralleling his own struggle for freedom, especially when Napoleon Bonaparte captures Toussaint.

Kunta persists in keeping alive his dream of freedom and his pride in his African heritage, both of which he passes on to Kizzy. A clever child, Kizzy is entranced by her father’s African tales and learns many Mandinka words. At the age of sixteen, she is sold to the dissolute Tom Lea as punishment for aiding another slave to escape.

Lea rapes Kizzy repeatedly for several months, eventually fathering a son, George. Kizzy, a devoted mother, regards her son as the descendant of “the African,” not as the son of Tom Lea. She instills in her son both her pride in their African heritage and Kunta Kinte’s dream of freedom.

As George grows to manhood, he exhibits traits of both parents. Like Tom Lea, he loves cockfighting and carousing. The rakish George becomes such an accomplished trainer of gamecocks that he earns the sobriquet of “Chicken George.” From Kizzy he has inherited the desire to be free, and he is determined to buy himself and his family. When Lea loses Chicken George in a bet with an Englishman, he promises Chicken George his manumission papers upon his return.

After the Civil War, the family moves to Henning, Tennessee. Upon Chicken George’s death, Tom Murray, his son, asserts his position as patriarch and emphasizes the importance of the family and the oral tradition to his children. Both of these ideas are perpetuated by Tom’s daughter, Cynthia, and other female members of the Murray family. Cynthia’s daughter Bertha, who evinces little interest in the family narrative, goes away to college, where she meets and marries Simon Alexander Haley.

While Haley is a graduate student at Cornell, their first son is born, Alexander Haley. At this point, the novel abruptly shifts to Haley’s first-person narrative, which recounts the death of his mother and the summers he and his brothers spent at Grandma Cynthia’s house listening to the “graying ladies” tell the story of “the African Kin-tay” who called a guitar a “ko” and the river “Kamby Bolongo.” In the final two chapters, Haley details the research and writing of Roots, addressing the fact/fiction elements of the novel.

There is a lot of controversy surrounding this book and Alex Haley’s account of history. Although he says this book is “fiction” he states that it is based on true facts. He actually refers to it as “faction” (aka fact fiction) There have also been claims and settlements that have occurred based on accusations of plagiarism. ( It has been claimed that some parts of the story come from the 1967 book “The African” by Harold Courlander.) Haley claims it was unintentional.

However, I started it this morning on my break and I’m 40 pages ( of 888) in. So this will be what I’ll be reading  for the next few weeks at least. I really want to dedicate most of my time to this novel for the  next little while. This book is also on my 2015 TBR list so I’d really like to knock it out.

I’ll also be continuing with my “Women of the Bible” devotional. We finished up Leah and now we are working on Tamar. She is an intense women! Lord!

Is anybody else in a slump? What are you reading this week?